"So Emotional" by Whitney Houston

"So Emotional" was the third single from Whitney Houston's second album Whitney, and entered the UK singles chart at No.20 on 8th November 1987, reaching No.5 for one week on 22nd Nov.
On the Billboard Hot 100 in the U.S., the single became the singer's sixth consecutive No.1 in January 2018, equalling the record held by The Bee Gees and The Beatles. Whitney broke the record with her next single "Where Do Broken Hearts Go", and this remains unbeaten. 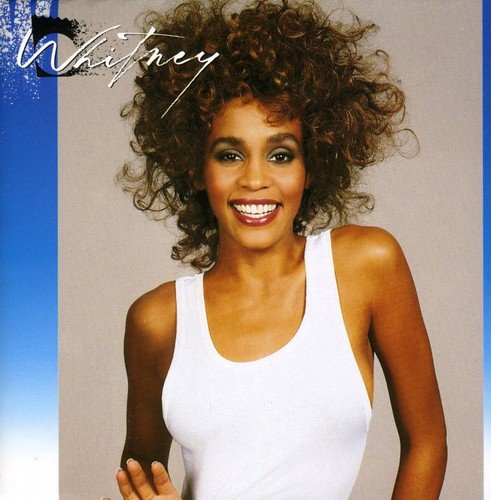 Released on the Arista record label, the song was written by Billy Steinberg and Tom Kelly, a hugely successful songwriting duo who also penned The Bangles "Eternal Flame" and Madonna's "Like A Virgin". However, the original demo sounded too Prince-like for producer Narada Michael Walden, so he drastically altered the sound to make it sound more original.
As with all of her hits, Whitney sings her heart out on this one, and the combination of strong vocals, danceable beats and solid songwriting with melodic choruses gave the singer hit after hit throughout the 1980s and 90s.
Directed by Wayne Isham, the video features footage from the Moment of Truth Tour, and was filmed at a concert at the Stabler Arena in Lehigh University, Bethlehem, Pennysylvania. 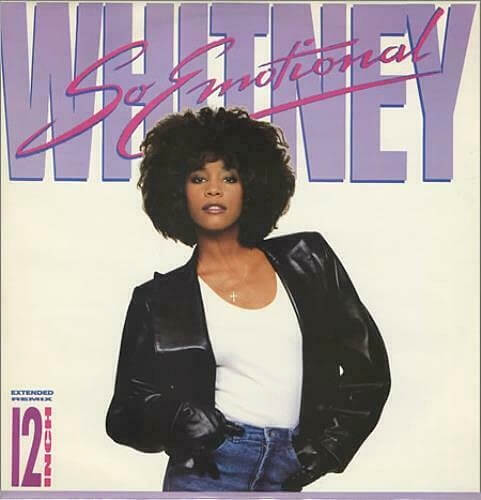 The UK 12 inch vinyl included the Extended Mix (7:51) on the A-side (by Shep Pettibone and Junior Vasquez), with the B-side containing a live version of "Didn't We Almost Have It All" (6:28) and "For The Love of You" (4:32).
The U.S. 12 inch featured six versions including Extended Remix, Edited Remix, Single Version, Dub Version, Bonus Beats and The Voice.
"So Emotional" remains one of my favourite songs by Whitney, even more so than the more popular "I Wanna Dance With Somebody (Who Loves Me)", which was (and still is) over-played on the popular radio stations.

Lyrics for So Emotional