YAZZ "STAND UP FOR YOUR LOVE RIGHTS"

Yazz is, of course, best known for her debut chart-topping solo single "The Only Way is Up". This follow-up single "Stand Up For Your Love Rights" was just denied the No.1 spot by Robin Beck's "First Time", but became the singer's third consecutive top ten hit, when you include her collaboration with Coldcut on "Doctorin' the House".
Released as the second single from her debut album Wanted, the song entered the UK singles chart at No.11 on 23rd October 1988, making it the highest new entry that week. The song reached a peak position of No.2 on 13th Nov for one week, pushing Kylie Minogue down to No.3 with "Je Ne Sais Pas Pourquoi", and eventually selling over 250,000 units in the UK, achieving a silver certificate. Yazz also reached No.1 in Ireland, No.7 in Switzerland, No.8 in New Zealand, No.10 in Germany, No.12 in Sweden, No.16 in Italy, No.19 in France, No.22 in Australia and No.29 in Austria.

The energetic video features Yazz dancing and singing on a small stage alongside a keyboardist, drummer, guitarist and three backing singers. Other couples also feature, including a young boy and girl (possibly brother and sister), a mother and son, and twin girls. The backdrop features peace and love symbols including ying and yang, a white dove, the all-seeing eye of God (Eye of Providence) and a love heart.
A separate, less colourful music video was created for the U.S. market, which featured Jazz performing on a larger stage with her backing band in front of an audience.
All versions of the single included different mixes of the A-side. The 7" single included the What It Is! Mix (3:57) as the B-side. The 12" Maxi Vinyl featured an Extended Mix (7:15) on the A-side and the Y'azzid Mix (6:45) on the B-side. Another 12" Maxi was released featuring The Stadium Disco Mix (8:50) and She's Crazy Mix (7:38). The CD single included three mixes; the 7" Version, Y'azzid Mix and Extended 12".
"Stand Up For Your Love Rights" features a mix of dance, synthpop and acid house and was produced by The Beatmasters. It was produced by Yasmin Marie Evans and Timothy Parry. The album version lasts for exactly 5 minutes, and the single was edited down to 4:21.
Yazz's next single (also from Wanted) reached No.9 in the UK, and was the singer's final single to reached the top 10.

Lyrics for Stand Up For Your Love Rights 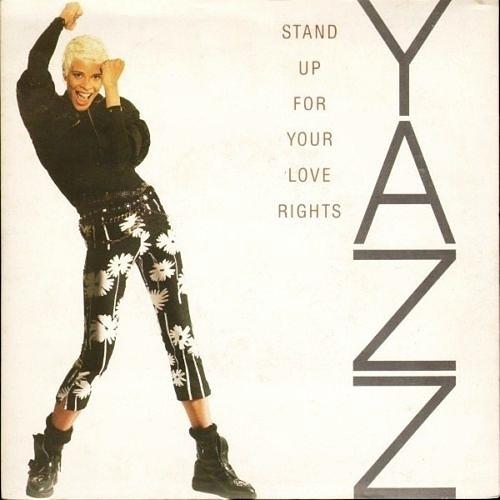 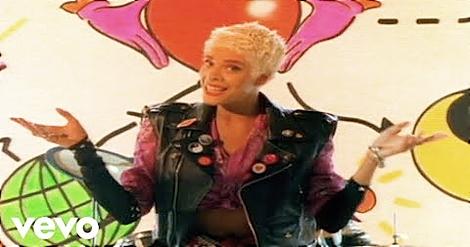