Let's be honest, at first glance the ZX Spectrum didn't have a lot going for it. Compared to its rivals such as the C64 and BBC Microcomputer, the "Speccy" was pretty much inferior in every way. It had mediocre graphics (just 7 colours, plus black, with 15 shades and 256x192 resolution), one channel of beepy sound, and a much criticised rubber keyboard that was a nightmare to type with. Indeed, this led many to throw scorn at the machine and label it "the doorstop".

By Bill Bertram (Own work) [CC BY-SA 2.5], via Wikimedia Commons
However, this quirky British 8-bit computer had one main advantage over its rivals that helped it to become the best-selling home computer of the 1980s in the UK - its price! There was a huge gap in the market for an affordable machine, which Clive Sinclair was quick to seize upon.
Released many months before the very expensive Commodore 64 (on 23rd April 1982), and with a retail price of just £125 for the 16 KB RAM model and £175 for the 48 KB RAM model (these prices were later reduced to £99 and £129 respectively), the machine was a tantalising buy, and just about every child in the UK wanted one.
The Spectrum became the first truly affordable, mainstream home computer to be mass-produced in the UK. Okay, £125 was still a lot of money in those days (it was more than a weeks wages for many), but with nothing else available at such an affordable price, and parents not wanting their children to be left out of the new home computing revolution, they were happy to pay what appeared to be a bargain price.
For those wishing they had bought a 48 KB model, an option to mail their 16K Spectrums directly to Sinclair to be upgraded to 48 KB versions was available.
Between 1982 and it's final year of production in 1992, the Spectrum sold around 5 million units, and that doesn't include its many clones.
At the heart of the machine was a Zilog Z80 CPU which ran at 3.5MHz. This was actually quite a bit faster than the Commodore 64's CPU which ran at 0.985 MHz on the PAL version. As with most computers at the time, the video output was through an RF modulator that was designed to be used with a TV set. 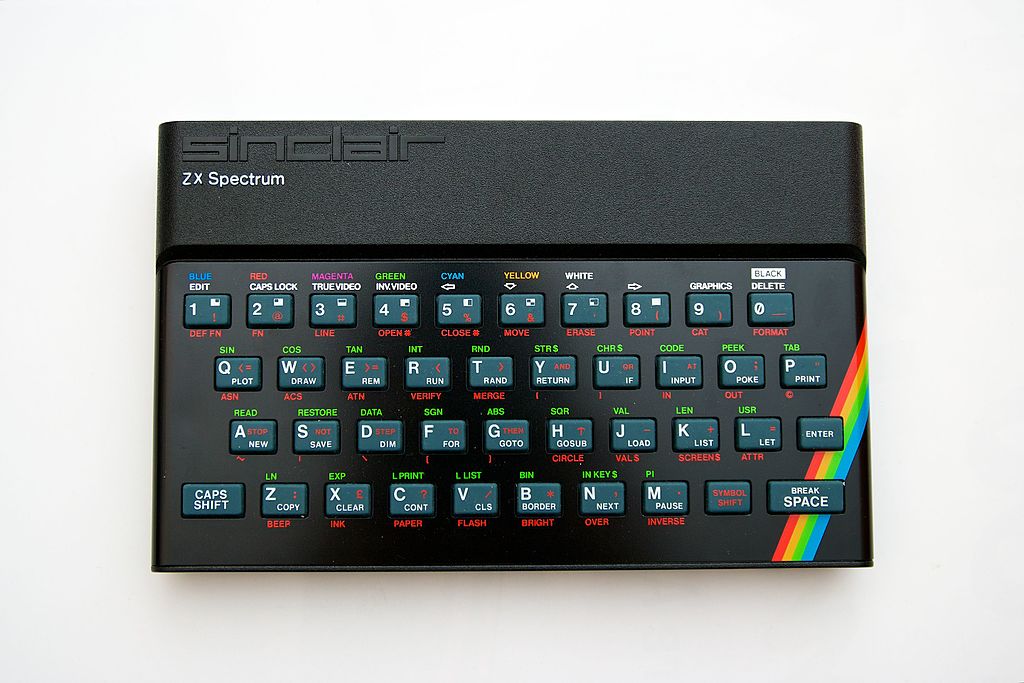 By Nico Kaiser from München, Germany (Sinclair ZX Spectrum) [CC BY 2.0], via Wikimedia Commons
The vast majority of software came on audio cassette, and you could use a standard cassette recorder to load the programs. Indeed, the loading process was actually quicker than on rival machines and some would argue more reliable. It was also around 5 times faster than on the previous ZX81 model at 1500 bits per second compared to 307.
Talking of software, a whopping 24,000 titles have been released for the Spectrum since 1982, and there are still fanatics releasing titles today. The vast majority of titles are games, and back in the 80s, there was a huge range available which left owners of computers such as the BBC Micro and Atari 800XL pretty envious, despite their machines having superior graphics and sound. The only computer owners not envious were those who owned the American-built Commodore 64, which outsold the Spectrum in terms of worldwide sales, and, therefore, also had a massive range of software titles to choose from. 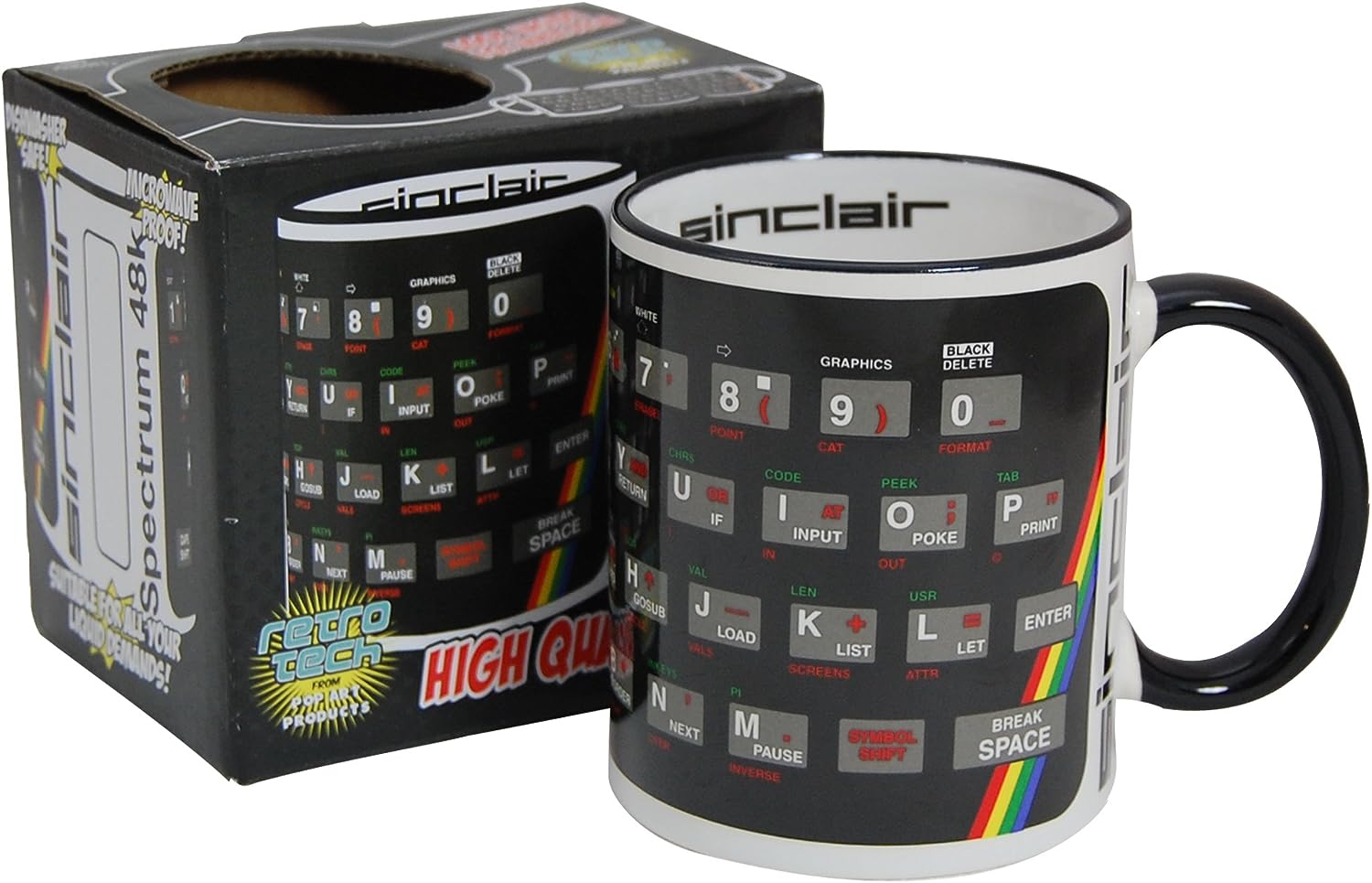 One major flaw with the Spectrum was attribute clash (colour clash) and games programmers had to work around this problem to avoid making their games virtually unplayable. The C64 and other machines did not suffer with this problem, and used dedicated hardware sprites and hardware scrolling to avoid the clash, and they had a bigger palette of colours to choose from.
Nonetheless, with previous Sinclair computers (the ZX80 and ZX81) only having a black and white display, the colour display of the Spectrum seemed revolutionary to us Brits in 1982, and there are many who grew very fond of the 6 colour display (8 if you include black and white). There was a palette of 15 shades.
The sound output of the Spectrum was very basic and there was no dedicated soundchip. Instead, sound was produced through a beeper on the machine through its internal speaker. There was just one channel with 10 octaves.
The machine's built in BASIC interpreter was stored on ROM and was developed from the BASIC used on the ZX81, which meant that a ZX81 program would work on the Spectrum. The keys on the keyboard had multiple functions and rather than typing in words, in programming mode you would press one key to produce a function such as "G" to insert the command "Go to". The commands were printed on the keyboard.
With its rubber keys and maximum graphics resolution of 256 x 192, the Spectrum was never going to be much use as a business machine, and, I guess, it was inevitable that it would end up being purely used for gaming. Indeed, most people's memories of the Speccy is playing games like Manic Miner or typing in BASIC listings from magazines. You may well remember spending hours typing in a long program listing from Computer & Video Games magazine, and despite your hard efforts, the game would always look rubbish. But you would still type in another listing the following day! There was something undeniably addictive about the whole process, and you were, after all, learning to program as you typed - supposedly!
In October 1984, the ZX Spectrum Plus was launched which was basically a 48 KB RAM Spectrum in a new case, albeit with a much improved keyboard. Initially, it outsold the original rubber-keyed version by 2:1. However, when reports of a 30% failure rate started to surface from retailers, the sales of the Plus model dropped off. 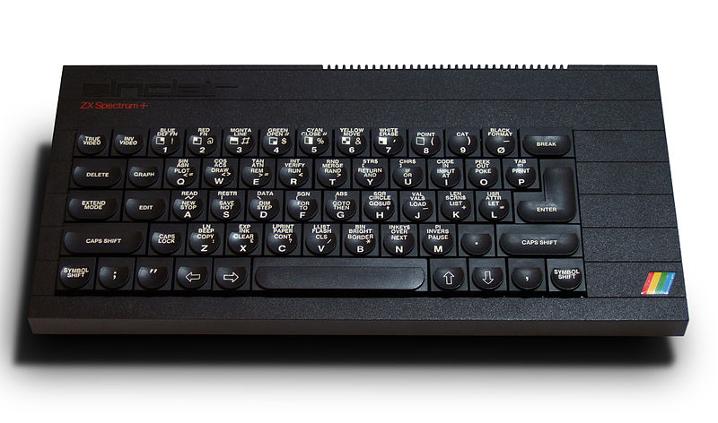 On 7th April 1986, Sinclair sold its entire computer range and the Sinclair brand name (Sinclair Research) to Amstrad for £5 million. The company itself was not sold to Amstrad. Three new models were released; ZX Spectrum +2, ZX Spectrum +2A and the ZX Spectrum +3.
Despite all of its flaws, many people have a lot of affection for the original machine. It created not only a home computing revolution, but also a home gaming revolution which has now become a multi-billion pound industry globally. It deserves to be recognised as one of the most important computers to have ever been built in Britain.

The Didaktik M is a clone of the ZX Spectrum, produced in Czechoslovakia since 1990 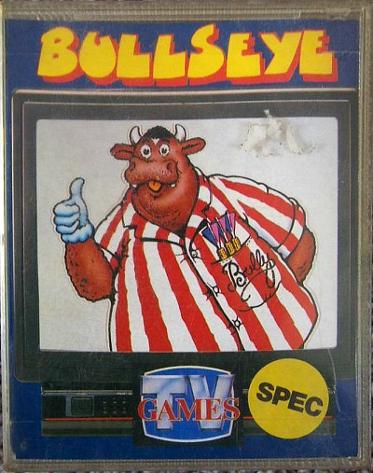 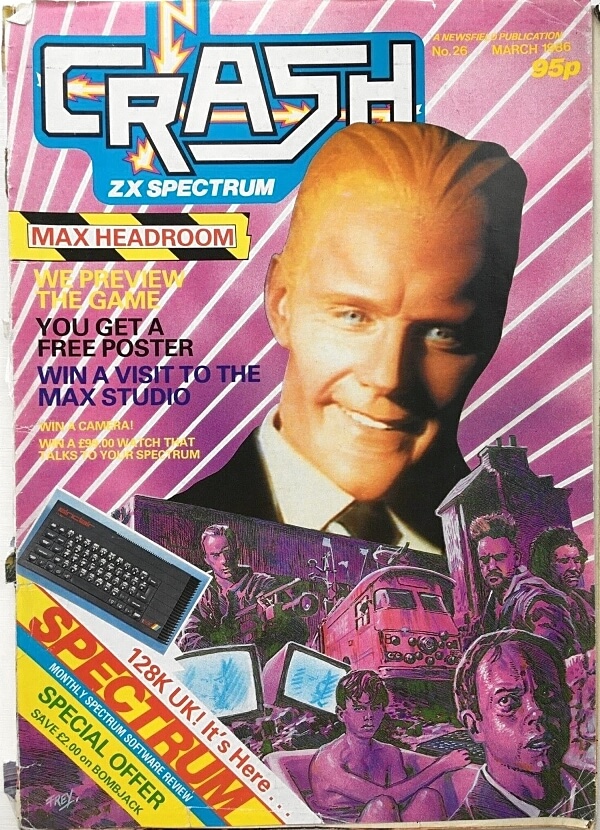 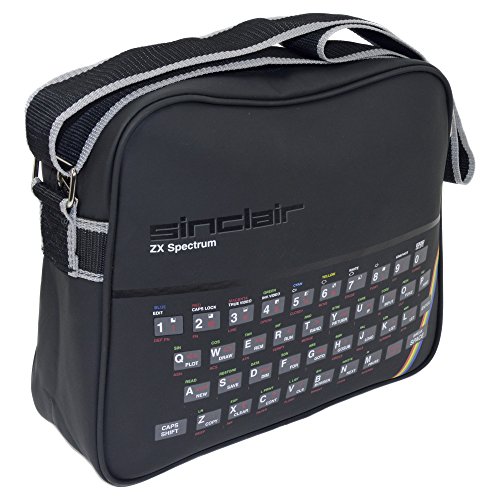