The ZX81 was the first cheap, mass-marketed home computer, selling a total of 1.5 million units before it was discontinued in 1984. It was truly innovative, and allowed the general public to get their hands on something that was once only available to businesses and hobbyists with huge amounts of cash to spare. 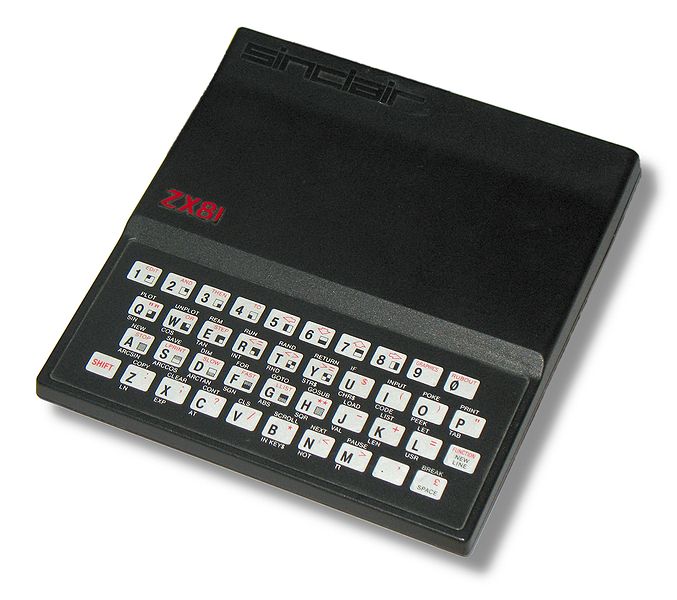 As with virtually all other home computers around at the time, programs were loaded and saved via an external cassette recorder, which was the most popular and cheapest method in the early 80s. However, anyone who experienced using this method will know that it wasn't always reliable!  Floppy Disk drives were available to purchase as extras with other, more expensive computers such as the Atari 800, Commodore Vic 20 and IBM PC.

Although the ZX81 was, by far, the cheapest computer available at the time, it was also the least powerful. It had just 1kB of RAM, although this was expandable to 16kB. With a maximum resolution of just 64 x 44 characters and mono display, the IBM PC with its 640 x 200 res, 16 colour display and the Atari 800 with a 320 x 192 res, 256 colour display wiped the floor with it, but you had to be pretty well off to buy one of these!

Learning to program the ZX81 was a fun experience on the whole, although somewhat frustrating, too, given the machine's limitations. But this was a challenge that forced the user to code their machine in a tight style that used as little code as possible, saving the use of the precious memory.
It was, of course, very satisfying to see the result of your very first playable game that you had programmed entirely by yourself, even if it was very basic! 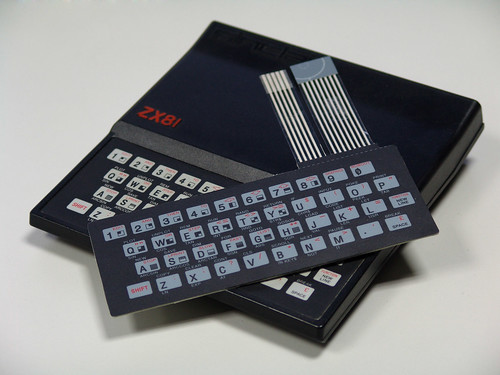 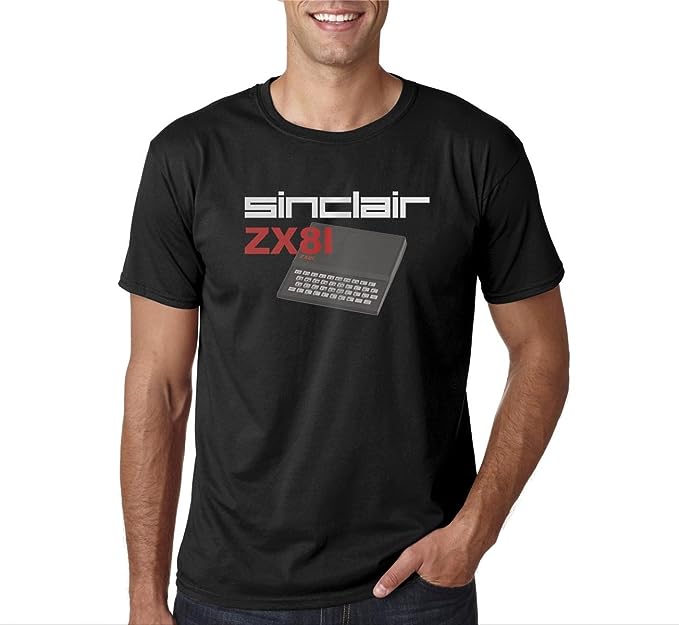 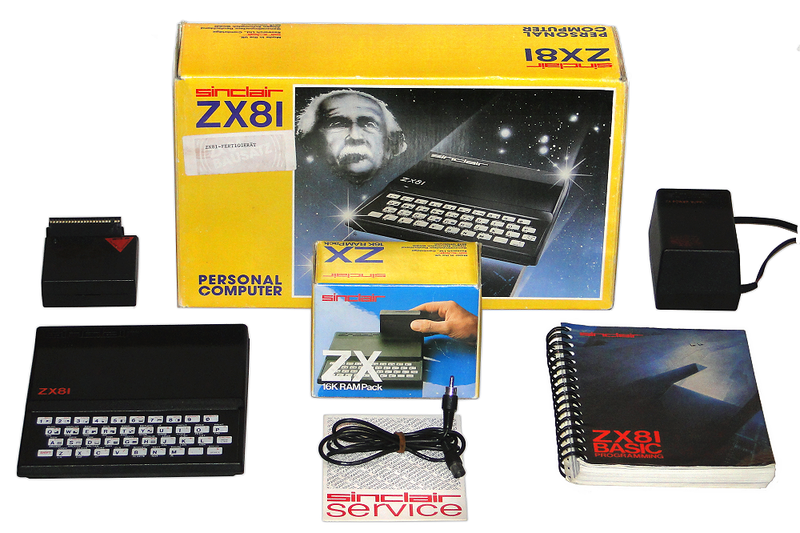 By Knurrikowski (Own work) [CC BY-SA 4.0], via Wikimedia Commons 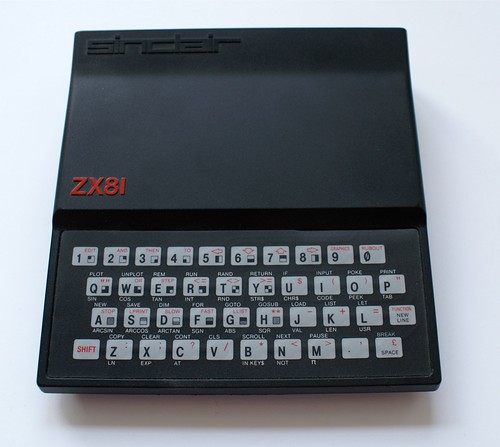 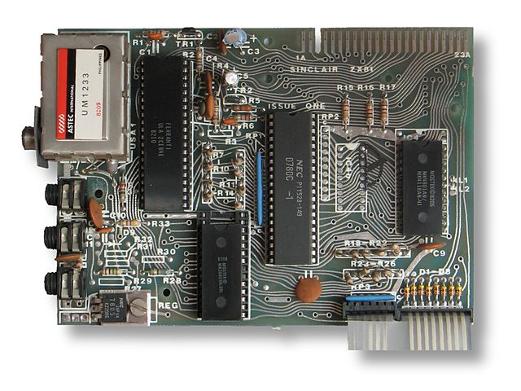 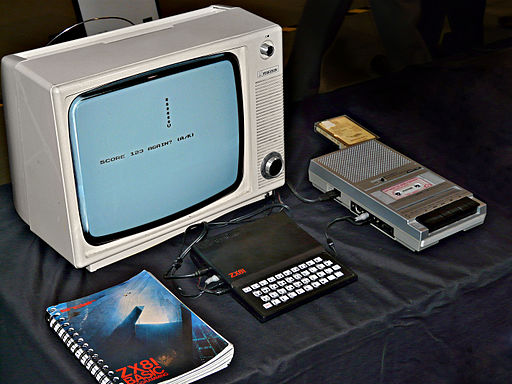 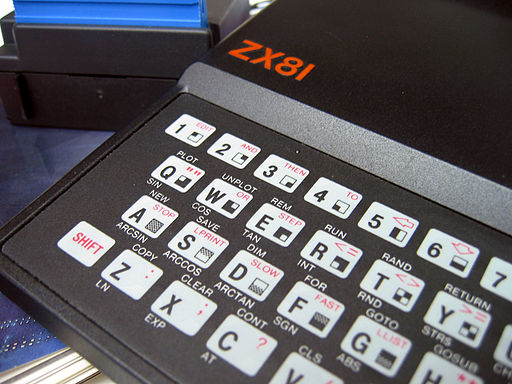 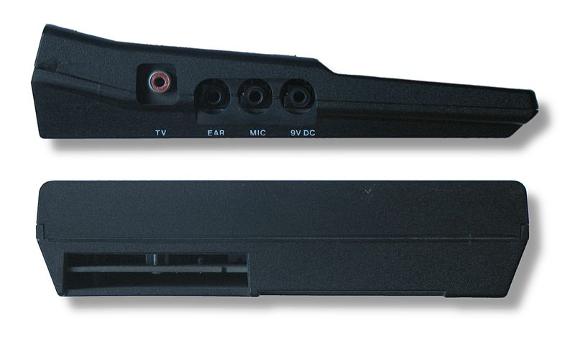 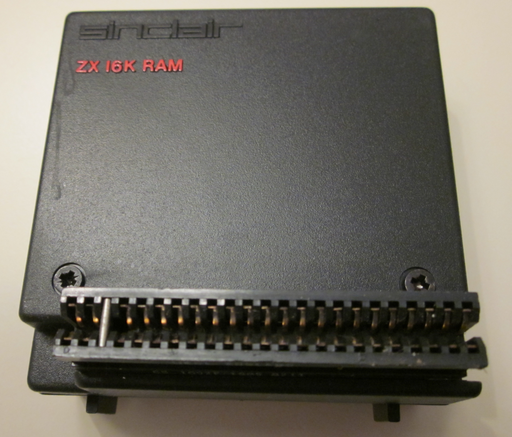 The Sinclair 16K RAM memory module was externally connected to the ZX81 and was notoriously wobbly. 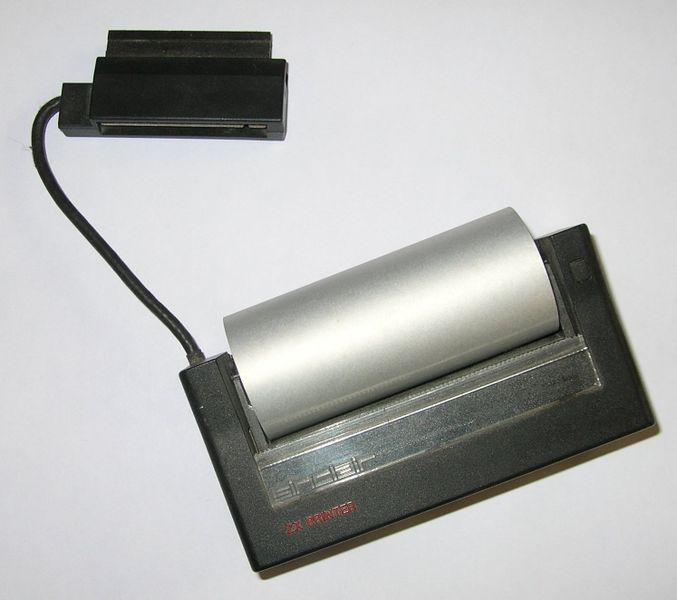 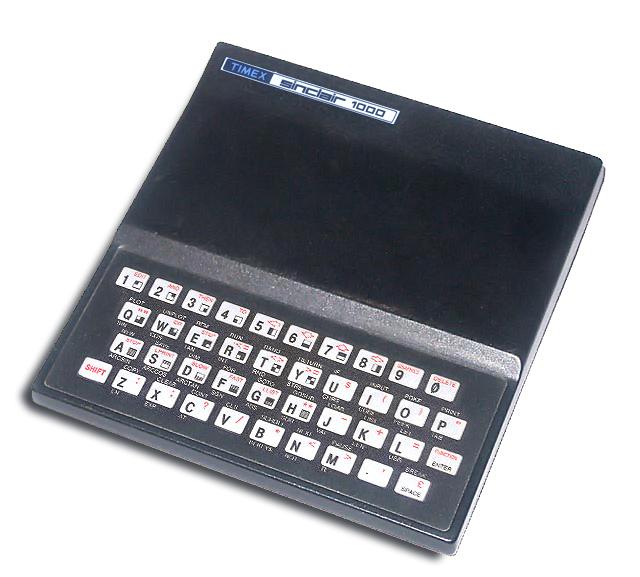 The Sinclair Timex 1000 was a ZX81 variant which was sold in the U.S. (Public domain image) 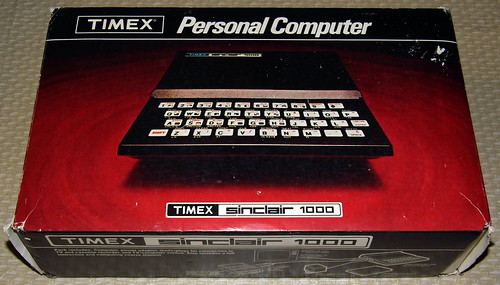 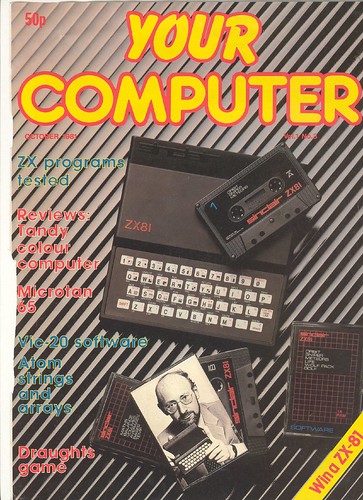 The ZX81 with cassettes on the front cover of Your Computer magazine in October 1981. 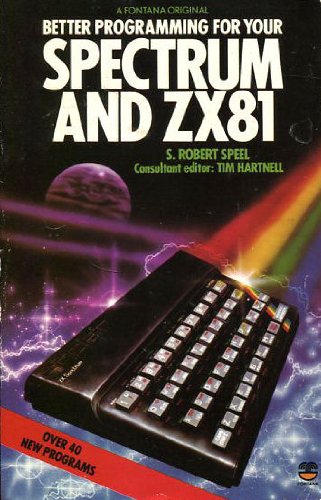 Better Programming for Your Spectrum and Z.X.81 (Fontana computer books)

This video clip originally showed scramble on a Timex Sinclair 1000 (the US version of the ZX81) which had music (not being produced by the computer as it had no sound chip) and had been added by the video uploader.

However, this video suddenly disappeared off Youtube, and I've now replaced it with an even better one above which features running commentary.

By the way, if you owned a ZX81 then you will know that you also had to purchase the 16Kb expansion pack to play games. 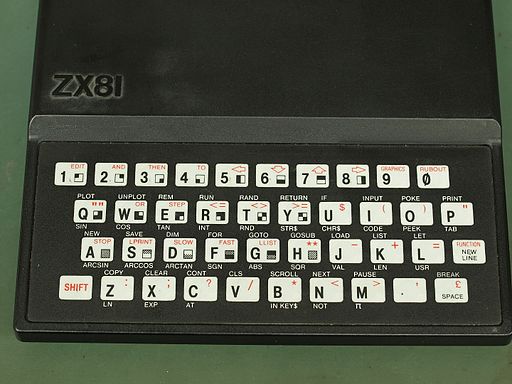 Here's a  ZX81 game called Gunfighter. Well, it's a step-up from Pong, at least! Again, 16Kb would have been needed to play such a sophisticated game.

CRAZY KONG ON THE ZX81

Crazy Kong is a version of the classic Donkey Kong, although in a much more primitive form, of course, due to the machines limitations.

Way of the Exploding Fist